Microsoft has added three new exams for .NET Framework 3.5 on Microsoft Learning site for Windows Presentation Foundation, Windows Communication Foundation and Windows Workflow Foundation 3.5 and they are available from June 2008.
Posted by Bineesh Raghavan at 9:06 AM 0 comments

Visual Studio is designed as a container environment that integrates the functionality of multiple visual designers for just about any supported type of application and component. This means you have readymade templates for a variety of Windows and web application types, including Windows Forms, Windows Presentation Foundation (WPF), ASP.NET sites, and web services. In addition, Visual Studio 2008 offers ad hoc designers for creating workflows and Windows Communication Foundation (WCF) services. The characteristics of each output component are managed through projects, and in turn grouped in solution containers.
The true added value of Visual Studio—and perhaps the primary reason to consider upgrades—is the boost it gives to developer productivity. Dozens of wizards, smart and context-sensitive popup windows, effective debuggers, and visual designers are examples of facilities that may not necessarily make any code automatically smarter, but still help you focus on key points—skimming over chores, repetitive tasks, and overzealous procedures. 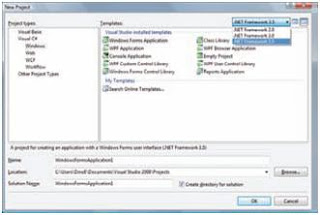 Figure 1: Choosing a target platform for a Visual Studio 2008 project. 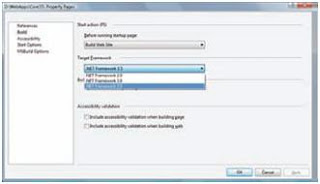 Figure 2: Upgrade the target .NET of an existing project.

The target platform is not a definitive choice. At any moment, you can upgrade or downgrade to any of the supported targets. You do this from the property pages of the project in the Solution Explorer (Figure 2). Should you install Visual Studio 2008 if you’re mostly maintaining existing .NET Framework 2.0 applications? Clearly, the big news about Visual Studio 2008 is the support it offers for 3.x .NET applications. However, even from a platform-agnostic perspective, there’s something it offers—an improved set of facilities with a particular attention to web developers. JavaScript debugger, CSS, master pages designer, and LINQ helper tools are all features available independently from the target platform.

Some C# and VB Syntactic Sugar

In Visual Studio 2008, C# and Visual Basic offer a few time-saving features that basically give the compiler the burden of creating some required code. In the end, these features are just syntactic sugar that make C# and VB programming easier and more pleasant.
“Automatic properties” is a feature that instructs the compiler to automatically add a default implementation for the getter/setter methods of a class property. This code is now perfectly legal in a class compiled with the newest C# compiler:

Automatically generated get/set properties are not equivalent to public fields. From a metadata perspective, properties and fields are quite different entities. The idea here is that you just delegate to the compiler the creation of some plumbing code, in the most common and simple scenario. At a later time, you can always come back and provide your own getter/setter methods.

Object initializers are another piece of syntactic sugar to speed up the creation of the code that initializes an object. Instead of going through a potentially long list of assignment instructions, you can code it like this:

Person person = new Person {
FirstName="Dino",
LastName="Esposito", Age=24 };
The idea is extended to collections, as in this code: 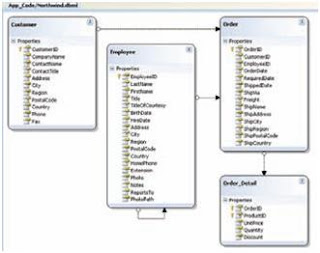 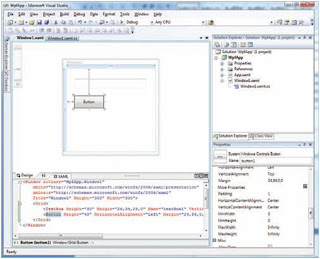 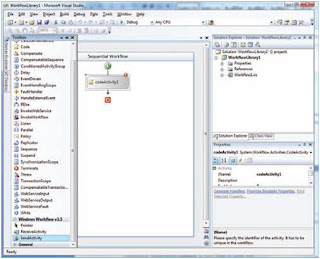 Posted by Bineesh Raghavan at 9:04 AM 0 comments

Bineesh Raghavan was born, raised, and educated in a town called Thrissur in Kerala, India. He is working with .NET technologies since its beta versions. He is MCPD [Web Developer], MCTS [Net Framework 2.0: Web Applications], MCAD, MCDBA and MCSA certified.

Currently he is focused on key areas of the Microsoft platform, specifically .Net 2.0, 3.0, 3.5 and 4.0 & SQL Server 2000/2005/2008. His hobbies are Taichi, Karate, Yoga and listening to melody songs in Hindi and Malayalam.
He has won first prize in Judo under category "below 78 Kg", university level during his graduation days.
He can be contacted at bineeshraghavan@gmail.com.